My nasty case of back acne 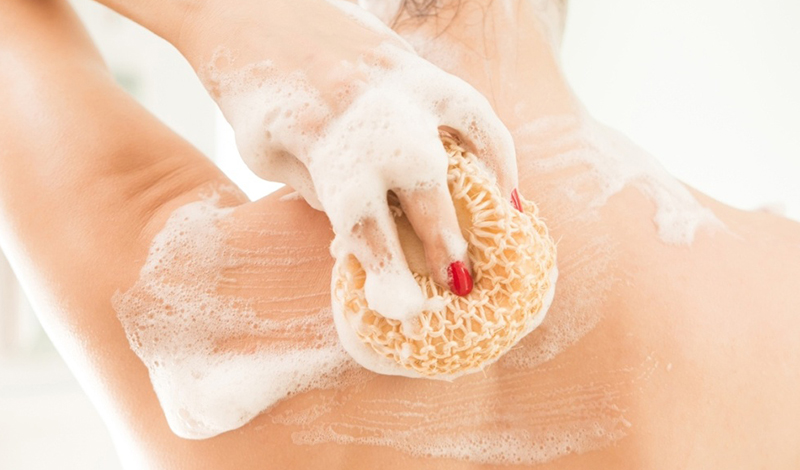 I’ve never had the healthiest of skins, until last year at least. I remember going through puberty with acne and I don’t think I ever got rid of it entirely in the next years. But because it was mostly concentrated on my back, and I’m not the kind of guy who walks around shirtless a lot, it didn’t concern me that much. I wasn’t even that careful about what I ate or what kind of soap I used in the shower. But last year, around spring, all hell broke loose and my back began to look like little volcanos had erupted all at once. My back was covered in bright red pimples the size of my pinky finger’s head and the itch was unbearable.

Unable to pinpoint what had happened all of a sudden, I managed to get an appointment with the local dermatologist on short notice. When you live in a small town like I do, getting an appointment in a timely manner is not that easy.

After a thorough examination, the doctor told me that my skin had had enough of being exposed to harsh chemicals and was doing what it does – expelling it all through the pores. Except my pores were already clogged and this was causing them to become infected. I needed a powerful anti-bacterial intervention as soon as possible, preferably one without harsh chemicals in it.

The doctor must have noticed the puzzled look on my face because he was quick to add that he knew exactly what to give me for this. That marks the first day I ever heard of FaceDoctor medicated soap. An all-natural cleanser, with sea buckthorn oil as an active ingredient, was all I needed to make my skin healthy again.
I may have been a skeptic at the time but the truth is that the acne on my back never returned (I still don’t walk around shirtless, though).