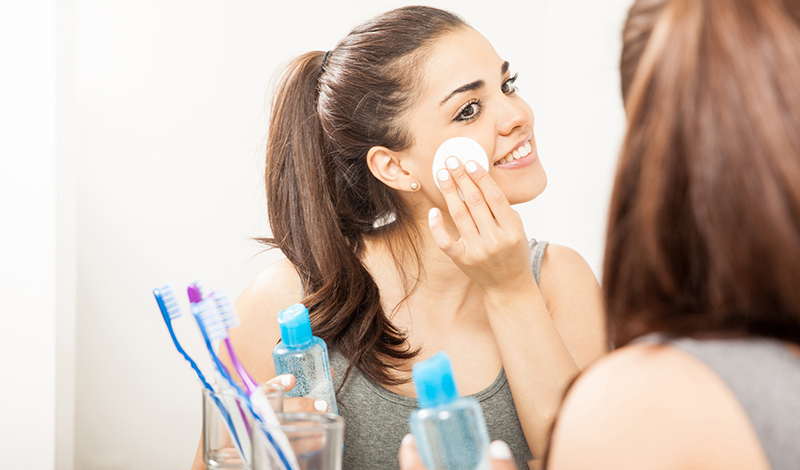 I went through High School without one single manifestation of acne. Well, besides an occasional pimple here and there on that time of the month. I was told by many I had flawless-looking skin and most wanted to know my secrets. Actually, I had none besides being extra careful with my diet – my parents never had a meal that wasn’t organic and free of processed food. When I started a part-time job at a fast food chain during College, the strangest thing happened. I had a severe acne breakout, something I had never experienced before. Poor working conditions and a uniform with no signs of natural fibers in its fabric made my skin react.

Quitting wasn’t possible and when I complained to my manager, I was greeted with a laugh. Sure, an acne outbreak wasn’t the end of the world but it was uncomfortable. Some days the itching was so bad, I got home and took a cold shower. Before my problem became any worse, I saved some money to schedule a dermatologist appointment. I know this sounds like a first world problem and that anyone else would suck it up and clear it with a supermarket-bought cream, but I really wanted to make sure this wasn’t more serious than it looked.

After a careful examination the doctor told me I had nothing to worry about, my skin was reacting to the environment aggressions and he had seen this kind of cases before in people who worked in poorly ventilated places. My case was aggravated by the low-quality uniform I wore and she advised me I should keep a layer of organic cotton between my skin and the uniform. However, that alone wouldn’t help to restore my complexion’s balance, but FaceDoctor Medicated Soap would, thanks to the active ingredient sea buck thorn oil.